I got a God fix through my husband today that I did not ask for nor do I think I wanted. With the rush of the morning, attempting to get out the door before I was late to work, my husband’s phone went “dink.” Because several of our church family have been very ill, I went to see who had sent a text. It was from his little brother, Mark Allen, sort of encouraging and scolding him at the same time. I really wanted to respond to Mark, but I held my finger and refused to interfere.

You see, my husband has been estranged from his biological mother for many years, well over 30 years. We had attempted on many occasions to fix this. When my wonderful and beautiful daughter graduated from high school, I forced her to send a photo and invitation to her grandmother. She decided to include a several page letter to her on how hurt she was that she felt she had the right to not love her, her father, and her mother. I received a letter back from his mother, Jan, stating, “Glennette, you are a nice person, but please stop attempting to fix something that isn’t broken.” At that point I whispered a prayer to God that went something like this:

“Father, I‘ve done my part. I pray that Jan will not leave this world as a lonely hateful woman, but will attempt to make things right with her son and grandchildren.” For me however, it was done. I had seen the hurt my husband went through feeling his mother did not care about him.  I had seen the hurt in my children that their grandmother could so easily write them off. I could NOT and would NOT let her back into my life.

Saying all of that, Mark had contacted my husband to tell him his mother wanted to speak to him and he listed her phone number for him.  He prayed about this for several days. The morning after the above mentioned text, while I was at work, he called her.

She had a message for me, “Tell Glennette I love her.” Then she told my husband how proud she was of him. I felt these huge emotions go throughout me.  I had told my children and many youth I worked with, that we had to forgive.

I know that Mark 11:26 tells us we have to forgive, “But if you do not forgive, neither will your Father in heaven forgive your trespasses.” I am struggling to forgive. As I set at my desk and write this article, my heart is broken. Broken for the pain and suffering, the lost years, and for my dear children and husband. But I know that because I fear (am in such awe) of Jesus, that I must forgive, I have to let go of the pain and let Jesus touch my heart and fill it with love for this woman, who may not be with us long.

So through my brokenness I pray this: Father, my dear Abba, please take this heart of mine that is so calloused to this woman and replace it with a heart of love, understanding and forgiveness. Help me to see her through your eyes. Grant me the ability to look beyond her faults and find a person that you died for. Amen

Ladies please pray with me as I work through this, I am sure many of you have faced similar issues in your life. But I want to always know that I’m forgiven, so I must forgive! 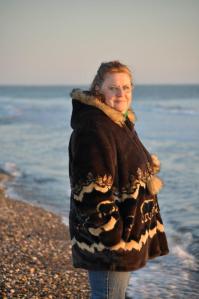 Glennette Christian, the mother to three grown children, knows that God has had a constant leading in her life. He has taken her to many places throughout the United States in ministry and currently has been led to Metlakatla, Alaska with her husband, Michael where they love the land and people. While also raising her family, Glennette and Mike took in several other children along the way that needed a loving reminder of what it meant to have a caring parent present in their lives. She is the grandmother to ten beautiful children and loves every minute she gets with them. Philippians 4:13, “I can do everything through him who gives me strength.” (NIV)

One thought on “A GOD FIX”