“The Lord always keeps his promises; he is gracious in all he does.” Psalm 145:13b

I recently read a blog about King David and his journey from being anointed to when he became king. It really made me stop and ponder the Christian journey, specifically in our society today. In our microwave generation where we better have it our way, the right way and in under five minutes or the horn is honked; I fear that waiting on God and being patient for his promises to be fulfilled is becoming a lost concept.

Think about David. He was anointed but it took 20 years for that to be completely fulfilled. As we look through scriptures we read all the low valleys David went through, many times his life being threatened before he was appointed King. But it was fulfilled.

What about Joseph? From the time he dreamed his dreams and proclaimed his visions to his family to the time he became ruler in Egypt was at least 13 years. Sitting in the prison did Joseph ever think, man I must have missed God, how can I ever get there from here. We don’t know but we do see him proclaiming God right where he was.

Moses. Forty years of desert walking, putting up with complainers, having people question his leadership at every turn. God protected them and provided for them and yet they fought Moses with every decision. Sound familiar?

Pages and pages fill our bibles of leaders that were called by God and were given promises of things to come but had to wait. Many times the waiting was painful and not in a pretty, rosy spot. God was refining them, making them into who they needed to be to become all that He had for them. How would Joseph have ruled differently if God had immediately placed him in charge the minute he had his dream. Maybe a nah, nah, nah, nah, nah, I told you? When we first see Joseph his attitude hadn’t matured yet. He wasn’t ready. Does that mean God hadn’t called him, or that the dreams he saw weren’t real? Absolutely not! The Messiah was promised thousands of years before he came. Did that mean God wasn’t going to come through? No!

So what dream, what plan, what promise has God given you? What has he placed in your heart? Are you discouraged because weeks, months, years or decades have gone by and you haven’t seen anything come to pass? Do you think, how could I ever get there from here? Take heart, you are not alone. To borrow the phrase from the mentioned blog, have you been anointed but not appointed yet? Hang onto the promises of this Psalm. The Lord always keeps his promises. It may not be your way, right away in under 5 minutes, but the Lord is faithful!

Father keep us close to you. Help us to cling to your Word when we can’t see the way ourselves; when what you placed in our hearts looks so far away. You see the whole picture and we just need to play our part. Help us as we walk with you and guide our steps I pray. Lift our heads and hearts when we feel discouraged. We are never alone. Amen 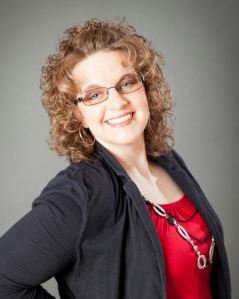 Amanda is a homeschooling mother of two great children and wife to Nathan. While Amanda grew up in Jordan, Montana, their family makes their home in North Dakota. Amanda’s passion for leading others in worship shines through along with her love for Jesus, her family and laughter. Their family loves to support Compassion International in whatever way possible. Amanda holds associates degrees in both music performance and office administration from Trinity Bible College. “Your greatest contribution to the kingdom of God may not be something you do but something you raise.” ~Andy Stanley

One thought on “Unfulfilled Promises”